Movies have always been an integral part of my life. Like food, there are some movies that take me back to my childhood days.

The truth is that there are at least twenty movies that I can binge-watch anytime. Anyway, without any further delay, here’s presenting my top 5 movies of all time in no particular order. 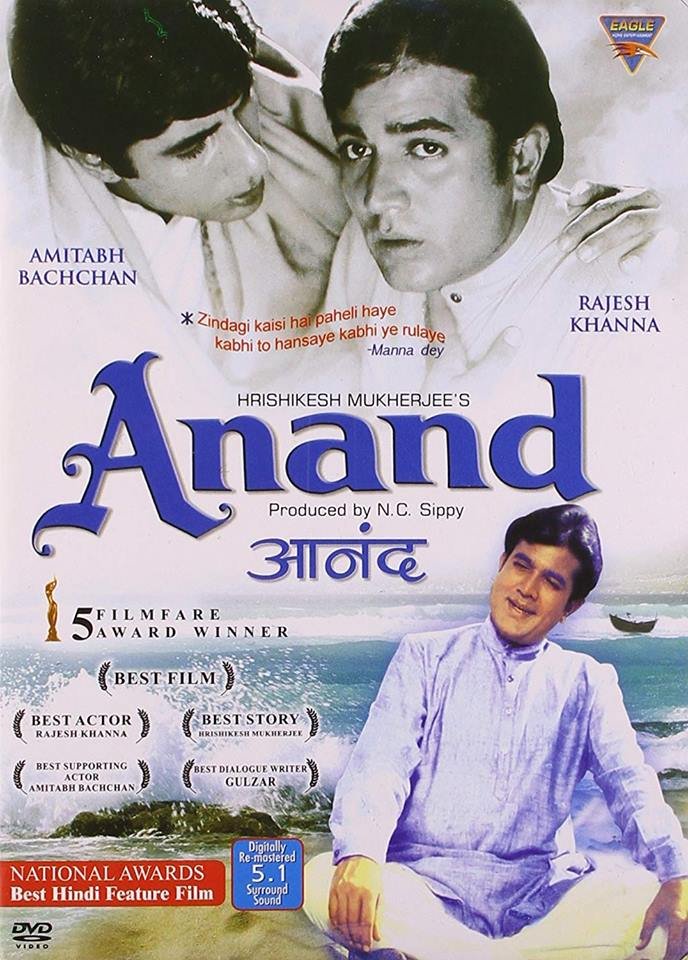 Hrishikesh Mukherjee is such a treasure. You can blindly pick any of his movies and watch it without a care.

I have binged on all his romantic comedies and laughed every single time. His characters are so endearing, amusing and relatable all at the same time.

Anand deals with the grim topic of death in such a positive way of being that ray of light even when the candle is melting away into oblivion silently.

An iconic cast backed by a legendary team and helmed by Hrishikesh da, Anand is a must-watch. 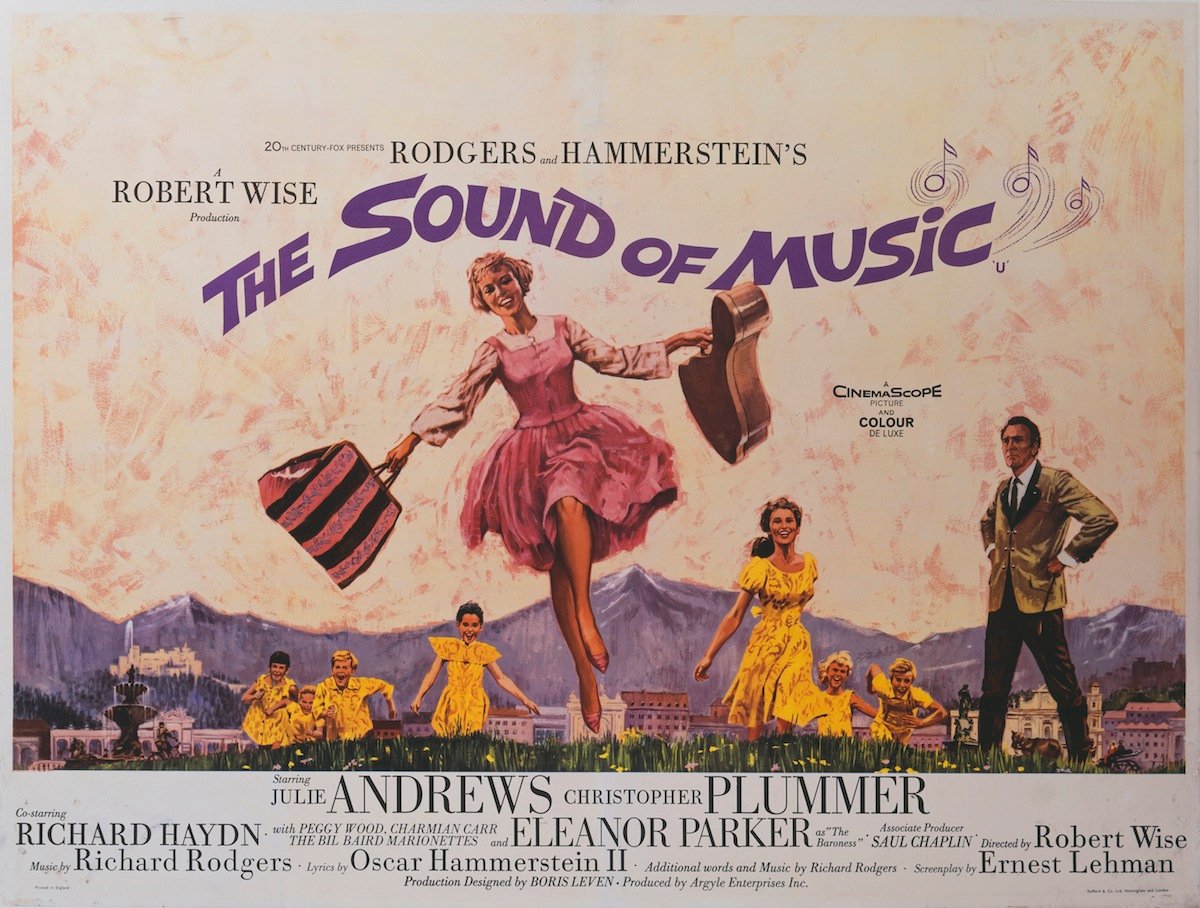 The Sound of Music doesn’t need any introduction or explanation.

So, I’ll pour some ramblings here, some nostalgic ones too.

Once you’ve tasted the original thing, all the modern-day Hollywood musicals pale in comparison. Hello, La-la-land! No offense, but where else can you find actors who look and sing like a dream.

Like the eternal flame, I have a massive crush on Christopher Plummer and an idolizing girl-crush on Julie Andrews.

One of the amusing reasons that I loved the “Lion King” was Shere Khan seemed like an animated version of Christopher Plummer.

I sang the song “The hills are alive” (Mum’s pick of course) in a singing competition in elementary school and won.

Also, I sang and performed the song “So long farewell” as part of the School Cabinet while bidding adieu in the Xth Std. Memorable. 🙂

I loved every song in this movie. However, if I had to pick just one, it would be “Edelweiss” – Short, simple, sweet.

The chemistry between the lead actors was smoking with just a furtive or ardent gaze.

“Edelweiss” was also one of the top choices for the first dance at our wedding. However, we decided to go finally with another classic fave “Casablanca” by Bertie Higgins. 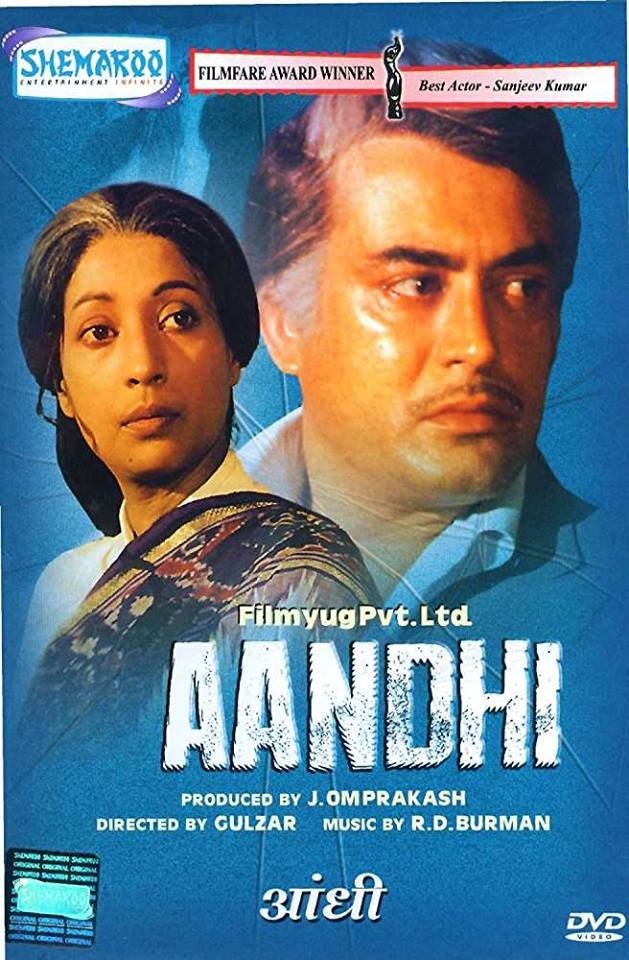 This political drama has relationships at its core. Gulzar’s Aandhi had a strong and real female protagonist. A rarity in the films made in that era.

Sketched hazily around Indira Gandhi, Suchitra Sen’ s character will resonate with any smart, passionate and ambitious woman. She portrays her role with authority from her body language to her decisions.

Sanjeev Kumar is one of my favorite actors in Hindi cinema. Subtle, charming and a fine gentleman is how I will always remember him. Sanjeev Kumar nails the role of her husband. It is a treat to watch him act in this movie as you fall in and out of love with his character. Only to fall hard in love with him all over again.

The music is hauntingly beautiful, and this is one of my all-time favorite love songs. 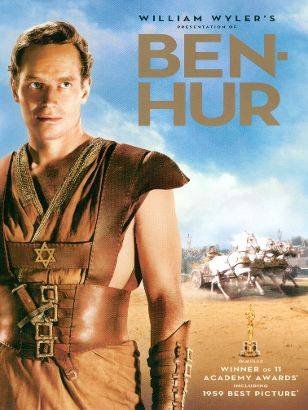 Ben-Hur movie is a staple in our home. I’ve lost count of the number of times we watched this movie as a family. Also, I can still watch it a million times more.

The winner of 11 Oscar academy awards, it’s a timeless classic and quite a magnificent spectacle. In this genre of historical and religious movies, there’s none like Ben-Hur. The Passion of Christ was a pale shadow to this legendary movie.

Each scene in Ben-Hur is powerfully written and portrayed. Charlton Heston makes a fine protagonist and his performance is unforgettable. It moves you to the core and leaves you raw and vulnerable at the end. 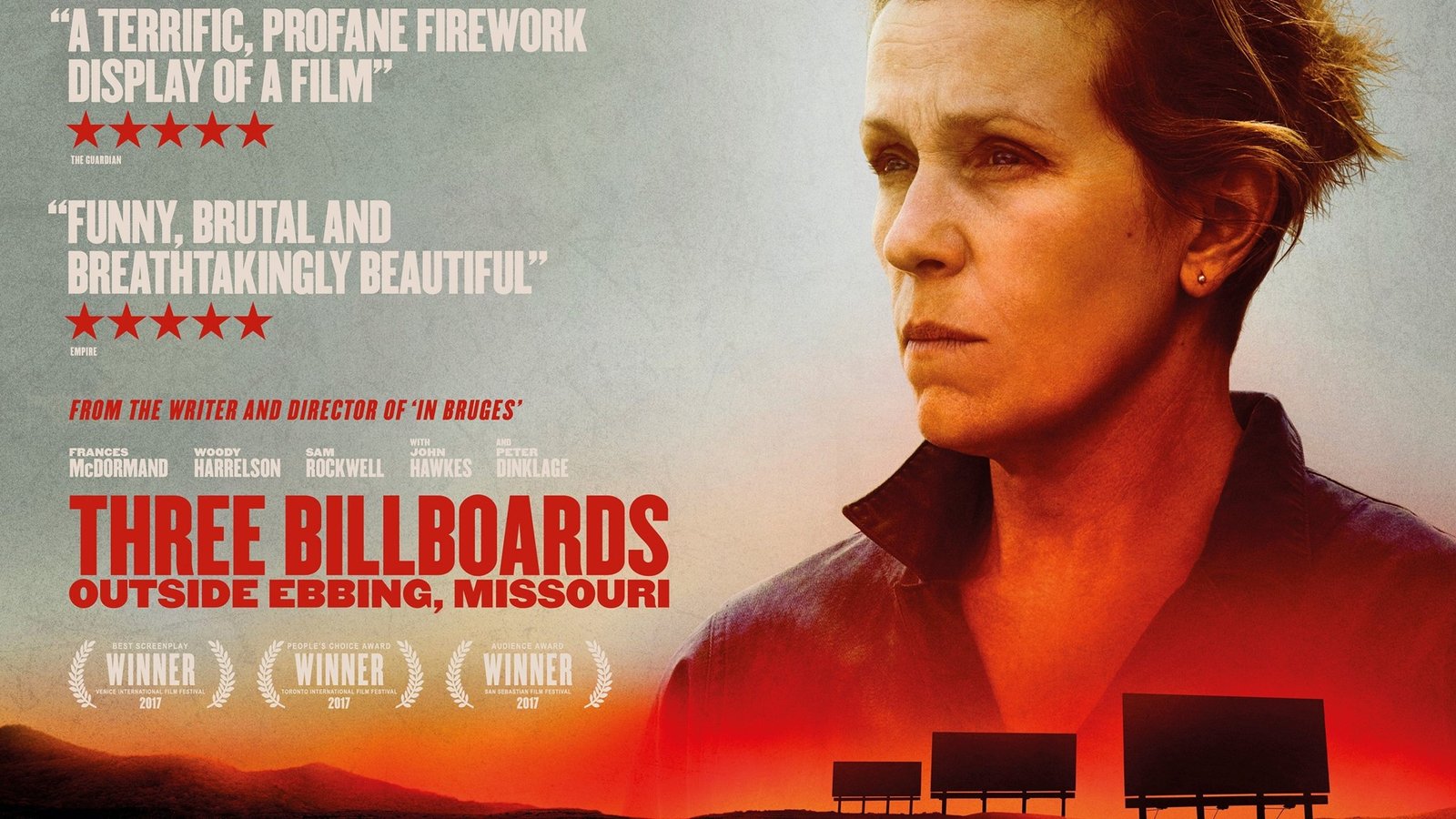 This is easily my favorite film in a long, long time.

Frances McDormand plays a single mother who is on the prowl for those who raped her daughter while dying. She is rage personified, and all hell let loose. Moreover, as a viewer, you feel her pain until the end. What a fine actress, she is!

She tries every trick in the trade to get the cops to do their job while sneakily conducting her hunt. She’s insane, foul-mouthed, bitter, sarcastic, cynical and hungry for her daughter’s rapists. Still hopeful and funny.

The plot, direction, and acting are top-notch.

What I loved about the movie was its political incorrectness. No diplomacy or political rhetoric. No stark black and white characterization. You empathize with the white racist cop and see goodness as in the rest of the characters.

When Frances McDormand hits minor teen students between their legs in rage, you understand from where that’s coming. A place of darkness and you feel her pain. It’s real and raw.

For me, this was an Oscar-winning movie and performance. Yes, it won the Best Actress (Frances McDormand) and Best Supporting Actor (Samuel Rockwell). It deserved the Best movie, director (Martin McDonagh) and supporting actor (Woody Harrelson whose character was my fave in the film) as well.

Have you watched any of the listed movies? What are your top 5 movies of all time? I’m all ears!

Tina Sequeira is a marketer and moonlighting writer. She is passionate about tech, creativity, and social justice—dabbling in and writing about the same.